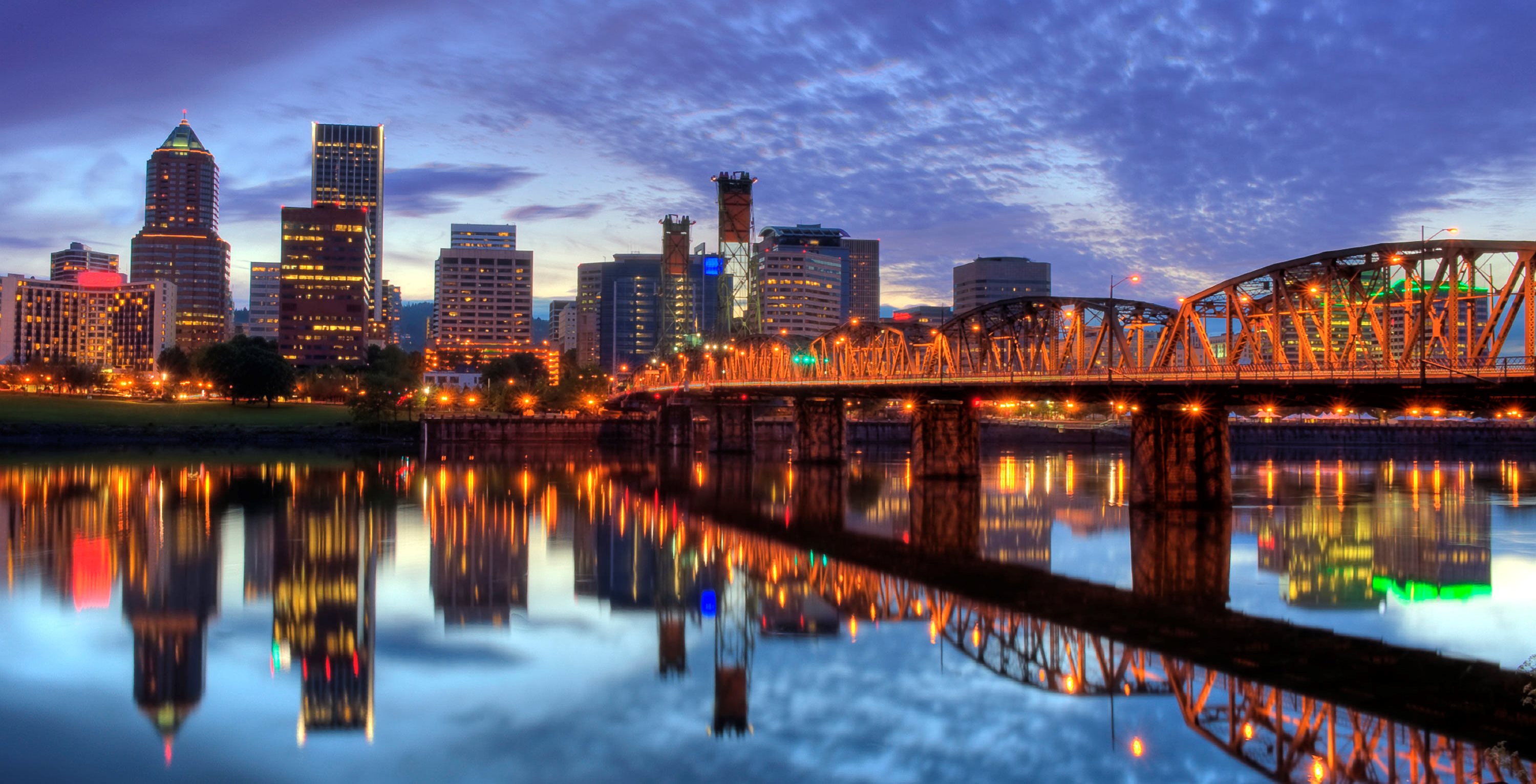 Cite as: Chris Henry, Portland, OR, in University of South Carolina School of Law, Dockless Mobility: A Look into the Regulation of E-scooters, https://docklessmobility.org/case-studies/portland-or/ (last updated 2019).

The City of Portland, Oregon has served as an excellent model for cities and states looking to implement dockless mobility within their territories. As one of the first cities to engage in a full-scale pilot program with a number of E-scooter operators, Portland has published a helpful report detailing their findings during this trial run. Accordingly, the report highlights the strengths perceived from E-scooters, issues that need to be addressed in the future, and some lingering uncertainties as to the impact of dockless mobility in general.

The Portland Bureau of Transportation (PBOT) identified several key objectives prior to placing E-scooters on their sidewalks and roadways. First, PBOT sought to reduce roadway congestion by supplying a way for individuals to travel without using personal vehicles. Second, PBOT wanted to reduce fatalities and injuries on roadways through the use of alternative modes of travel by reducing roadway congestion. Third, PBOT viewed dockless mobility as a way to provide for underserved communities where cheap, affordable, and convenient transportation may be lacking. Fourth, PBOT’s sought to decrease harm to the air and climate by removing cars and trucks from the roadways.

Possibly the most important aspect of Portland’s pilot program, serving as a model for other cities and states, was the ability to collect data from E-scooter operators about trips taken, E-scooter usage generally, and public consensus. For instance, PBOT found that 700,369 trips (1.15 mile average per trip) were taken during the program, amounting to 801,887 total miles traveled. Additionally, the vast majority of these trips, 71%, were reportedly for travel purposes as opposed to enjoyment. In turn, 34% of riders and 48% of tourists used E-scooters as opposed to using other ride-sharing platforms or a personal vehicle. This suggests a step in the right direction for achieving the goal of reducing roadway congestion. Furthermore, the report indicates that although scooter-related injuries increased, they amounted to only 5% of the total amount of injuries from traffic related crashes. E-scooter injuries in general may be attributable to other factors such as the overall low percentage of users wearing a helmet (10%) and the drastic increase in illegal operation on sidewalks when posted speed limits were 30mph or higher and the road did not provide a safe bike lane for travel.

Another significant advantage of a pilot program like the one conducted in Portland is that it highlights problems that need to be addressed before fully implementing dockless mobility. For instance, PBOT found that improper usage and parking of E-scooters presented a hazard to pedestrians with visual and physical disability. Additionally, despite rules prohibiting the use of E-scooters in public parks, park goers frequently reported issues with riders taking up sidewalk space and illegally parking scooters in the area. As the report mentions, this posed significant enforcement difficulties on the Parks and Recreation staff.

Lastly, the report identifies problems that arose with individual operators meeting the city’s objective of providing transportation for underserved communities. Although the city required each of the three permitted operators—Bird, Lime, and Skip—to supply at least 100 E-scooters with low fares in underserved communities, only one company actually complied with this demand. Additionally, individuals in these underserved communities expressed concern over racial discrimination and harassment by police officers. One individual in a minority community stated that, “it is not in our culture to pick up something off the street, ride it, and leave it for the next person.”

Despite the overall success of the program and the tremendous amount of data collected, PBOT identified a few areas of dockless mobility that need to be tested further. The main uncertainty relates to the stated goal of decreasing harmful pollution. Although data suggested that implementing E-scooters did and does remove vehicles from the roadway, PBOT could not secure data as to whether this reduces the overall emission of greenhouse gases. Second, much is left to be learned about how to properly enforce regulations on the operators and users. The report identified issues with compliance on behalf of the operators and stated that troubles in defining key terms led to the collection of inconsistent data. Third, there was little way for PBOT to oversee complaints submitted directly to the operators and how the operators responded since this data was not shared with Portland. Lastly, PBOT identified issues with regulating the speed of E-scooters in certain areas despite imposing a 15mph cap. The report suggests that the maximum speed depends in part on several factors: street activity, grade, user weight, user driving style, and environmental conditions. Tests performed by PBOT staff found that scooter speeds in a low-traffic, low-grade street varied between 14.5 and 18.6mph.

The report concludes by highlighting the successes and drawbacks of the pilot program. From this, PBOT states that an additional 120-day pilot program will be implemented in Spring 2019 in order to address remaining concerns. All in all, the report is a useful tool for those cities looking to experiment with E-scooters as a form of public transportation. The report highlights the significant areas of concern as well as the perceived advantages that are unique to dockless mobility.

The full Portland approach to dockless scooters is available at Portland Pilot Program.