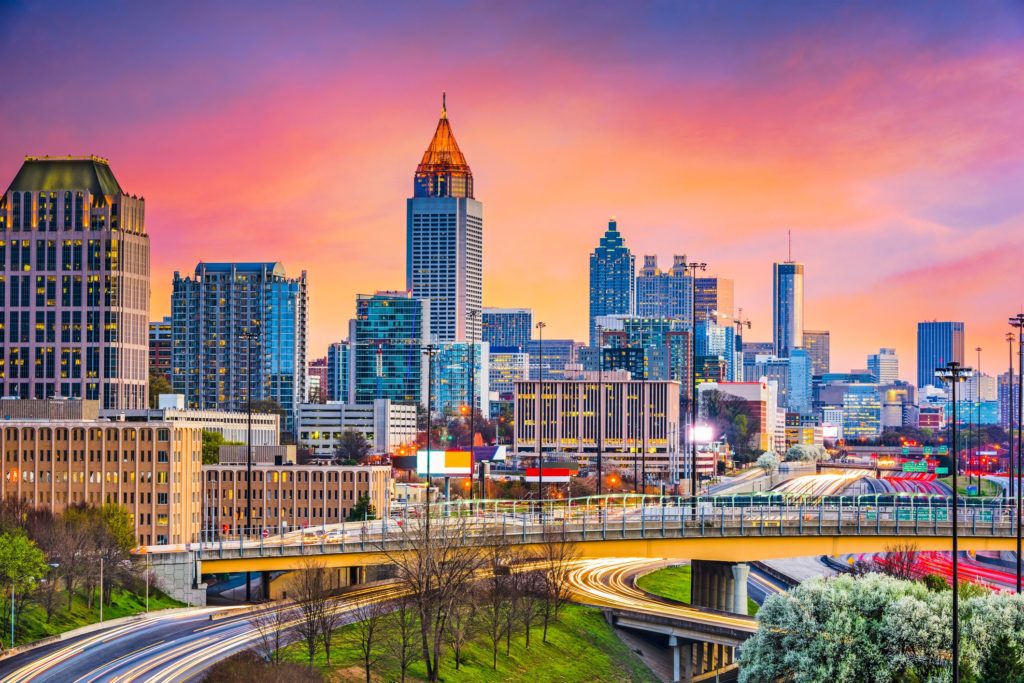 In May of 2018, E-scooter company Bird placed 200 scooters in the areas of Midtown, Old Fourth Ward, downtown, and West End. Less than 70 days later, Bird added 400 more scooters to the Atlanta Market. Other scooter providers, such as Lime and Jump, entered the Atlanta Market quickly after.  In one year Atlanta grew into one of the most popular areas for E-scooter use. Bird claims that Atlanta is now their 2nd largest market for use.

There have been many complaints about the use of scooters throughout the Atlanta area. In Buckhead, an area hospital sees close to 40 scooter injuries a month. Parking has also been a large issue with multiple parks and pedestrian trails littered with improperly parked scooters. 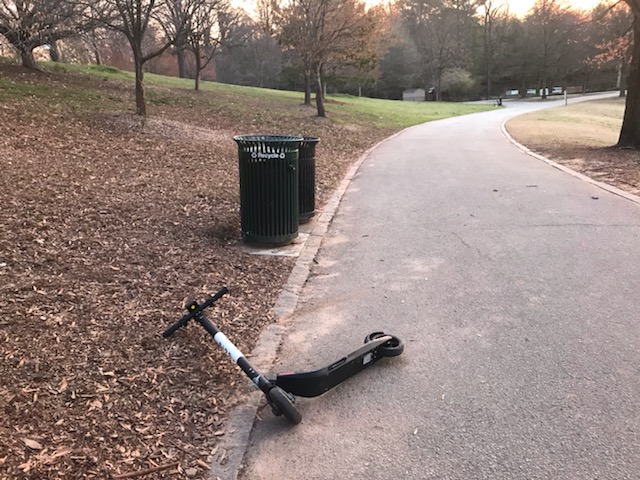 Until 2019, Atlanta Officials looked the other way when it came to permit violations. Atlanta officials did not fine scooter companies for not having permits to operate e-scooters. Also, since there were no scooter based regulations in Atlanta, law enforcement officials refrained from ticketing riders.

In January of  2019, the Atlanta City Council (ACC) approved rules to regulate E-scooters, in the areas of parking, permitting and rider operation. The  ACC regulations require scooter companies to apply for permits costing $12,000 a year for 500 scooters, with an added $500 fee for each scooter operated in Atlanta over the 500 scooter limit, but the regulations impose no limit to the number of scooters companies can operate inside Atlanta. Also, to obtain a permit, scooter companies must have a city business license, a plan for educating users on the safe operation of the E-scooters, and a specific plan for encouraging helmet usage.

Additionally, these regulations direct parking and require that parked scooters be upright and allow five-foot-wide corridors on sidewalks for pedestrians. Also, the regulations prohibit riding on the sidewalks/ pedestrian paths but allow riding in bike paths and impose a 15 mph speed limit on all scooters.  Further, the regulations require scooter companies to carry insurance and liability limits of at least  $1 million per occurrence for bodily injury, personal injury and property damage.  These regulations allow the fining of scooter companies and riders. Atlanta has even produced posters to encourage the new rules and regulations.

To curb injuries or issues Atlanta City launches a Scoot Smart campaign that focuses on improving safety while using e-scooters. This campaign has mostly been focused on education through social media. Another similar campaign fueled by is the pedestrian advocacy group PEDS is the “Clear the Clutter” app which allows people to send in the location of misplaced e-scooters. 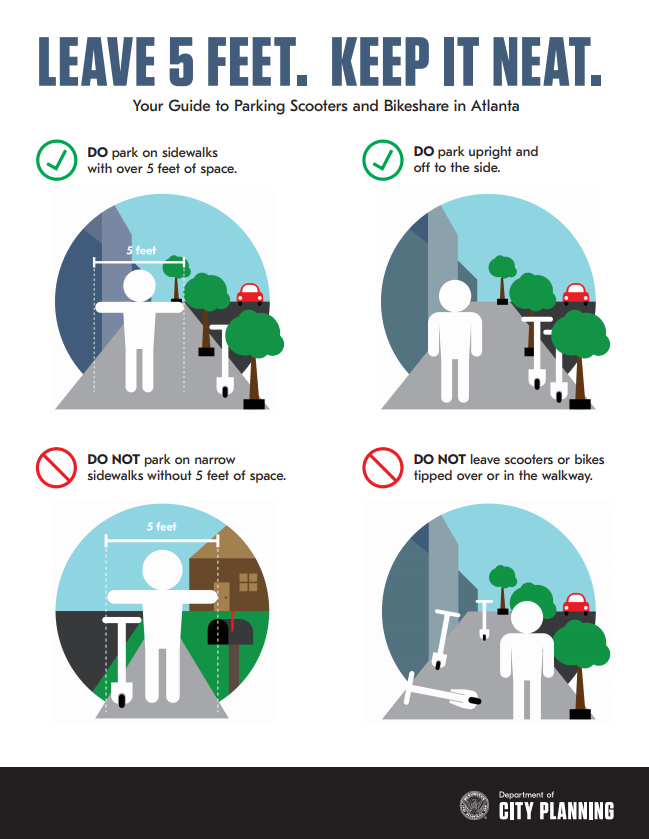 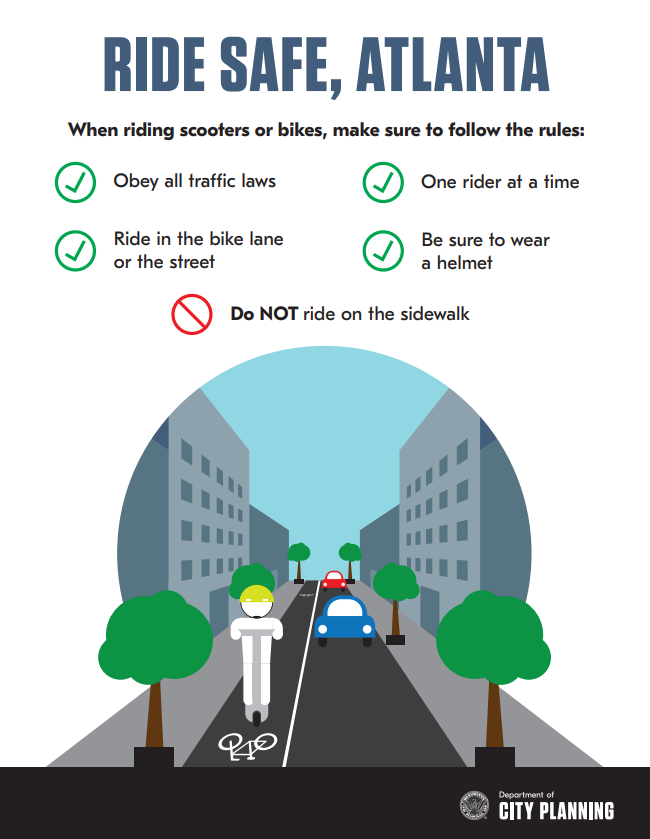 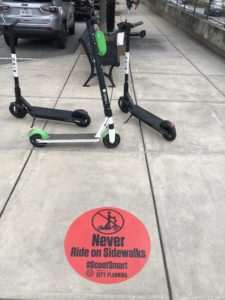 Georgia is Waiting to Regulate

While further planning is occurring at the state level, in March of 2019, the State of Georgia decided to wait until 2020 to roll out statewide E-scooter regulations.

In 2019 State Rep. Kevin Tanner introduced House Bill 454  as a way to regulate “motorized mobility devices.” The bill was in response to increased regulation of E-scooter use across the state.  Currently, Marietta, Decatur, and Atlanta have placed regulations on the use of E-scooters.  House Bill 454 would provide uniform rules across the state, and make it illegal to park E-scooters on a sidewalk, crosswalk, intersection, or any other area that would impair car or foot traffic. The bill would allow the use of E-scooters on bike paths and bike lanes, as well as roads. However, the bill is not likely to pass. In 2020 Georgia may decide to use the Atlanta regulations as a template for statewide regulation on E-scooters.